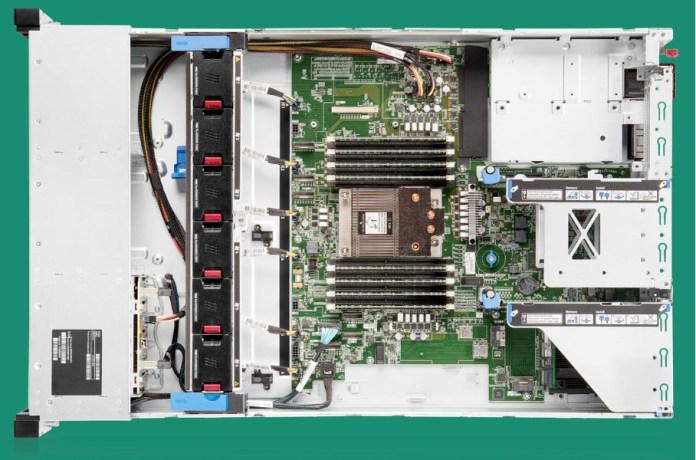 The company claims to have surpassed competitors by up to 39%1 with its new computing solutions as part of the industry’s broadest set of AMD EPYC processor-based offerings. By using the new AMD EPYC 7003 Series Processor, HPE has secured 19 world records in key areas for optimizing workload experiences, including achieving leadership positions in virtualization, energy efficiency, database analytic workloads, and Java applications.

This new portfolio of HPE ProLiant servers and HPE Apollo systems uses the 3rd Gen AMD EPYC processor to provide foundational compute platforms that deliver unmatched performance, security, automation, and remote management capabilities to support a range of critical workloads that are essential to digital transformation. Additionally, HPE is offering the HPE Cray EX supercomputer, leveraging the 3rd Gen AMD EPYC™, to power high-end supercomputing needs, such as exascale-class systems that are up to 10X faster than today’s most powerful supercomputers. With the enhanced portfolio and advancements to performance, HPE is enabling organizations to seamlessly scale, manage and speed time-to-value for any experience from the edge to exascale.

Customers can easily adopt these latest HPE solutions using HPE GreenLake, an elastic, pay-per-use, as-a-service platform that can run on-premises, at the edge, or in a colocation facility. HPE GreenLake combines the simplicity and agility of the cloud with the governance, compliance, and visibility that comes with hybrid cloud.

“Digital transformation is reshaping every industry, and new digital models are evolving to support the growing adoption of edge, 5G and artificial intelligence technologies as well as adapt to new technology demands prompted by COVID-19. HPE is addressing these dynamic market needs every step of the way with high-performing solutions that can scale, secure and efficiently run workloads to speed time-to-value,” said Neil MacDonald, senior vice president and general manager, Compute Business Group at HPE. “Today, through our longtime collaboration and joint engineering with AMD, we are delivering the biggest and broadest portfolio of computing solutions, using the new 3rd Gen AMD EPYC™ processor, to transform infrastructure and provide the economics, agility and ease of management that is critical to tomorrow’s data center needs.”

HPE Apollo systems, which are purpose-built to support HPC applications such as modeling and simulation, help organizations of any size accelerate business and research outcomes by efficiently processing large amounts of data and turning them into digital models to understand how something will look and perform in the real world. The systems are also optimized for artificial intelligence capabilities to improve training and increase accuracy in results. HPE is introducing the HPE Apollo 2000 Gen10 Plus and HPE Apollo 6500 Gen10 Plus systems with the 3rd Gen of AMD EPYC™ processor to deliver even more performance, efficiency and targeted capabilities for HPC and AI workloads.

The enhanced HPE Apollo systems are also enabling the new HPE GreenLake cloud services for HPC which are fully managed services, allowing any enterprise to benefit from the power of an agile, elastic, pay-per-use cloud experience to tackle their most demanding compute and data-intensive workloads and speed time-to-insight through a flexible as-a-service platform that customers can run on-premises or in a colocation facility.

All HPE ProLiant servers and HPE Apollo systems with the 3rd Gen AMD EPYC processor will also be available through HPE GreenLake.