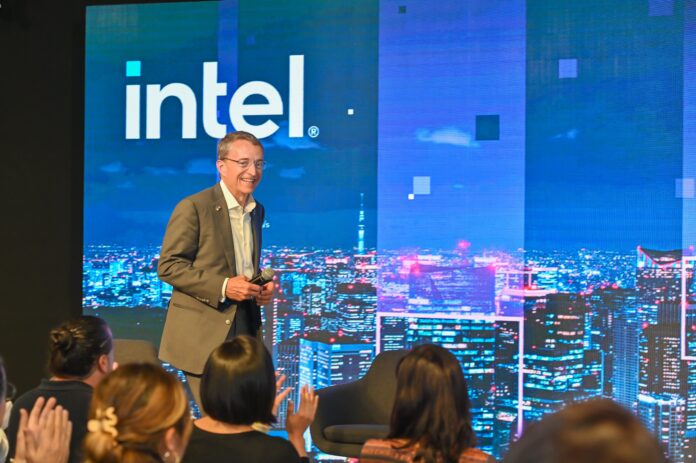 Intel CEO, Pat Gelsinger, visited Mexico and Costa Rica to reaffirm his confidence in the region’s role in rebalancing the complex semiconductor supply chain, and his commitment to boosting the company’s local development capacities. These are two key countries for Intel’s global strategy thanks to the Guadalajara Design Center (GDC) and the Centers of Excellence in Costa Rica.

“For our technology to drive the world forward, we need to create a more robust, diversified and resilient supply chain. Latin America already plays a role in that chain today, and our vision for the future is to continue strengthening its capabilities, as well as collaborating with governments and local institutions to develop stronger and more agile ecosystems,” said Gisselle Ruiz Lanza, Intel’s regional director for Latin America, who joined Pat on part of his tour.

In Costa Rica, a significant number of units for the servers offered by Intel to the world market are assembled, tested and shipped, where Costa Rica is key in the design, validation and manufacture of semiconductors. In August, as part of the celebration of Intel’s 25th anniversary in Costa Rica, the company officially inaugurated the Assembly and Test Plant at its facilities in San Antonio de Belen, with the participation of the president of Costa Rica, Rodrigo Chaves, and several of his ministers.

Today, Intel Costa Rica has the largest and most complex operation it has had in the last 25 years: more than 3,700 employees and job opportunities for more than 5,600 contractors, 26,000 square meters of factory facilities and 17,000 square meters of laboratories for multiple software, hardware and platform engineering operations, in addition to the most specialized service center to date.

The GDC in Mexico has seven business units focused on design, validation and research. This center has become the most important validation site for Intel in Latin America, the largest outside the United States and the only one in the region with the presence of Intel Labs. Additionally, the GDC’s more than 1,800 highly specialized professionals have published more than 1,000 research articles, 961 invention disclosure files (IDFs) and 256 patent applications. They have also played a role in bringing to market technologies such as the first laptops, Wi-Fi networks, ubiquitous data center and cloud services, and most recently, the advent of 5G.

Both sites, along with Intel’s other sites around the world, are key to the Integrated Device Manufacturing (IDM) 2.0 strategy, launched in March of last year, to address the global semiconductor shortage and usher in a new era of innovation, manufacturing and product leadership. This strategy is a differentiating formula for developing better products and manufacturing them in the best possible way for each category in which the company is present.

IDM 2.0 is the result of the combination of three capabilities:

As a source of innovation, Intel is expanding its ability to design, produce and deliver technologies in key sectors. In this complex supply chain, we are proud that Costa Rica and Mexico play a very relevant role, as well as the United States, where Congress recently approved funding for the CHIPS and Science Act that will support the semiconductor industry globally.

Subdued Growth for Technical Consumer Goods Expected in 2022, after Peak Sales in 2021