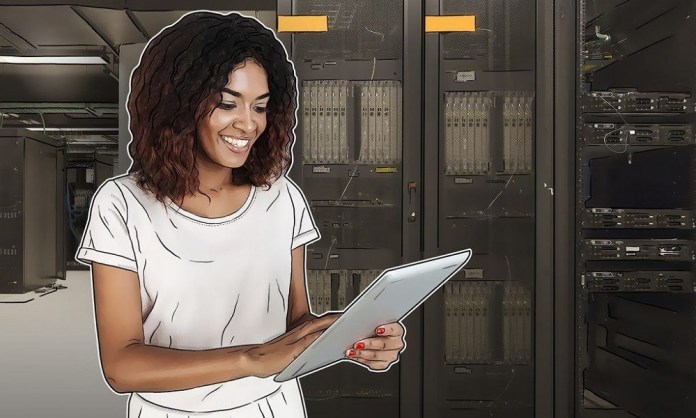 In Latin America, more than half of women in the IT sector report doing most of the domestic work compared to men.

More than half of Latin American and Argentine women working in technology believe that the effects of COVID-19 have slowed their career progression, even though half believe that much-needed gender equality is more likely to be achieved through telecommuting structures. Although it was believed that confinement could be an accelerator toward gender equality in IT positions, persistent social biases have hampered this period of potential progress.

In general, it had been predicted that life in confinement would bring positive change to the industry in the fight for gender equality. By leveling the playing field from a social and family planning perspective, traditional stereotypes about availability and longevity would be eliminated when it came to women’s careers. The impact of COVID meant that companies were accelerated, or even forced, toward this new norm overnight and, to some extent, this prediction has produced positive steps in terms of the overall mindset of the industry.

Kaspersky’s latest report Women in Technology: Where Are We Now? Understanding the Evolution of Women in Technology, revealed that women in the industry in the region actually prefer to work at home rather than in the office. Respondents also said they work more efficiently when working from home, and several revealed that they have more autonomy when not working in an office.

However, the most concerning statistics in this report highlight how the potential of telecommuting for women in technology does not match the social progress in this «work from home» dynamic. This is how 50% of Argentinean, 46% Brazilian, 52% Chilean, 37% Colombian, 45% Mexican and 66% of Peruvian women have struggled since March 2020 to combine work and family life, a proportion that is more prominent in North America than in any other region of the world, although this is an ongoing global trend.

Digging deeper, the reasons for this disproportion become clearer. In Argentina, when women surveyed were asked about the day-to-day roles that are detracting from productivity or career advancement, 58% said they had done most of the domestic work at home compared to 31% of men; 60% had been in charge of the home school versus 31% of men; and 50% of women have had to adapt their work schedule more than their male partner’s to take care of the family. As a result, 58% of women believe that the effects of COVID-19 have actually slowed, rather than improved, their overall career development.

«Among women, the pandemic had different effects: some appreciated that not having to commute to work gave them greater flexibility in their schedules and saved time, while others confessed that they were on the verge of burnout. It is crucial for companies to ensure that their managers are aligned with corporate strategy to support employees in meeting their family responsibilities.»

«The other major trend that has accelerated in the wake of the pandemic is the coexistence of remote and hybrid employees (combining home office and office-based work) within the same organization. This presents a challenge for women working remotely, as they may have less access to senior management that operates from offices. This may decrease their chances of being considered for the type of assignments that lead to promotions. Employers need to be aware of these disadvantages and plan accordingly to minimize them,» comments Dr. Patricia Gestoso, Director of Customer Science Support at BIOVIA, a 2020 Women in Software Changemakers winner and a leading member of the professional women’s network, Ada’s List.

While these examples of social disparity are not unique to the technology industry, they do point to a barrier preventing women in the region from taking advantage of the shift to telecommuting that took place last year. As many as 49% of women in tech (compared to 37% of men) believe that an equal work environment would be best for their career development, and 43% think telecommuting is an optimal way to achieve that equality. The tech sector must now maintain its own encouraging drive in the hope that social stereotypes will enable this chain of events in the months and years to come.

Merici Vinton, co-founder and CEO at Ada’s List adds, «Companies need to point out, through both culture and politics, that they will give moms and dads the flexibility they need during COVID (and beyond). Companies need to understand that female representation does matter, and having women in leadership, majority female teams, and women participating in interviews show that there is room for women in their company. Finally, we see many successful companies partnering with women’s organizations that can challenge, push and also provide external inspiration to the company’s employees.»

«The IT industry is always at the forefront and is a benchmark for other sectors; therefore it is essential to promote a more balanced work environment in favor of women, which not only helps them to have more time for their families, but also offers them opportunities for promotion that translate into greater female representation in management positions, where they become role models for future generations,» says Andrea Fernandez, General Manager, SOLA Region, at Kaspersky.