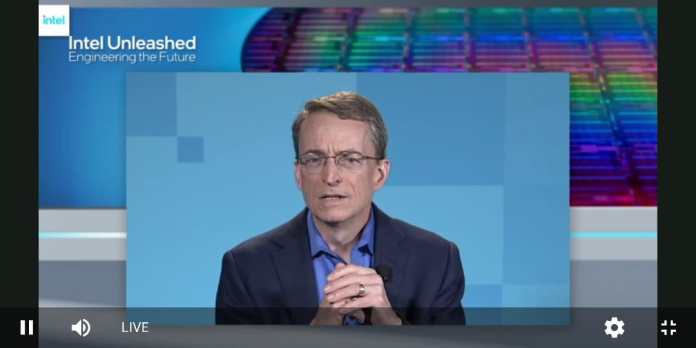 He announced an initial investment of $20 billion to build two new fabs and introduced Intel Foundry Services with plans to become a major provider of foundry capacity in the U.S. and Europe to serve customers globally. Additionally, he confirmed the development of the 7nm compute tile for “Meteor Lake” expected in the second quarter of 2021.

“We are setting a course for a new era of innovation and product leadership at Intel,” said Gelsinger. “Intel is the only company with the depth and breadth of software, silicon and platforms, packaging, and process with at-scale manufacturing customers can depend on for their next-generation innovations. IDM 2.0 is an elegant strategy that only Intel can deliver – and it’s a winning formula. We will use it to design the best products and manufacture them in the best way possible for every category we compete in.”

IDM 2.0 represents the combination of three components that will enable the company to drive sustained technology and product leadership:

To accelerate Intel’s IDM 2.0 strategy, Gelsinger announced a significant expansion of Intel’s manufacturing capacity, beginning with plans for two new fabs in Arizona, located at the company’s Ocotillo campus. These fabs will support the increasing requirements of Intel’s current products and customers, as well as provide committed capacity for foundry customers. This build-out represents an investment of approximately $20 billion, which is expected to create over 3,000 permanent high-tech, high-wage jobs; over 3,000 construction jobs; and approximately 15,000 local long-term jobs.

Arizona Gov. Doug Ducey and U.S. Secretary of Commerce Gina Raimondo participated with Intel executives in the announcement. Gelsinger commented: “We are excited to be partnering with the state of Arizona and the Biden administration on incentives that spur this type of domestic investment.” Intel expects to accelerate capital investments beyond Arizona, and Gelsinger said he plans to announce the next phase of capacity expansions in the U.S., Europe and other global locations within the year.

Intel Presents Its Process and Packaging Innovation Roadmap To 2025